(c)   The presence of any drink or beverage which has been poured from or is in an open original container within the licensed premises other than in the usual and customary place of storing it during the closing hours prescribed in (a) above shall be prima facie evidence of a violation of this chapter.

(d)   Bona fide fraternal, religious, charitable, benevolent and private organizations that have received a letter of determination from the United States Internal Revenue Service acknowledging that they are classified as a nonprofit organization are exempt from the provisions of this section regarding closing hours.

(1)   Which operates a place of business whose purpose and primary function is to take orders for and serve food and food items.

(2)   Which serves alcoholic beverages in conjunction with meals.

(3)   Which serves food on all days of operation.

(5)   Which operates a fully equipped kitchen used for the preparation of uncooked foods for service and consumption of such foods on the premises.

(6)   Which has a public habitable floor area of no less than five hundred (500) square feet.

(7)   Makes all sales records available to the city’s licensing department. If the licensing department determines that the establishment does not meet the definitions above, then that license owner will be subject to the prohibited hours of sale in subsection (a).

(a)   No person shall dispense alcoholic beverages of a low or high alcoholic content in any business permitted or licensed under the ordinances and/or laws of the city for on the premises consumption without obtaining a permit from the police department.

(b)   Any person convicted of dispensing alcoholic beverages of a low or high alcoholic content without a permit shall be fined not more than three hundred dollars ($300.00) and the cost of court, or ninety (90) days in jail, or both, at the discretion of the court.

Each applicant for a permit to dispense alcoholic beverages shall possess the following qualifications:

(1)   Is a person of good character and reputation and over the age of eighteen (18) years.

(2)   Is a citizen of the United States of America and of the state and a resident of the state continuously, for a period of not less than one (1) year preceding the date of filing for such permit.

(3)   Must not have been convicted of any felony under the laws of this state, any other state, the United States or any other country.

(4)   Must not have been convicted in this or any other state or by the United States or any other country of any of the following:

(5)   Must not have ever had a license or permit to sell or deal in alcoholic beverages revoked by this or any other city or state, the United States or any other country.

(6)   Must not have had any criminal conviction for a period of three (3) years prior to the application of the permit.

(7)   Must not have been convicted of any violation of municipal or state ordinances relative to the rules and regulations of the dispensing of beverages of a high or low alcoholic content.

(8)   Must not have been convicted of any violation of any portion of Title 26 of the Louisiana Revised Statutes.

(9)   Must wear an identification pin while on duty and/or during working hours at any establishment where so employed.

(a)   It shall be unlawful for any person to possess in public any open container or other receptacle containing an alcoholic beverage as defined in this article, when the container has been opened, or the seal broken, or contents of which have been partially removed.

(b)   It shall be unlawful for any person to drive, operate or occupy or ride in or upon a motor vehicle upon a public street, highway, alley or driveway, while in possession in public of any open container or other receptacle containing an alcoholic beverage as defined in this article, when the container has been opened, or the seal broken, or contents of which have been partially removed.

(c)   It shall be unlawful for the owner of any establishment which sells alcoholic beverages as defined in this article to knowingly allow any person to leave the premises of such establishment carrying any open container or other receptacle containing an alcoholic beverage as defined in this article, when the container has been opened, or the seal broken, or contents of which have been partially removed. 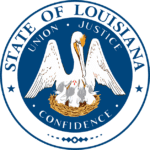 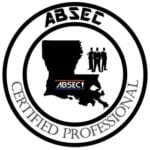